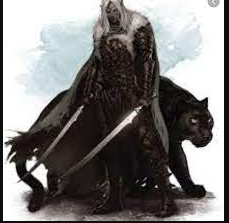 When you touch a friendly or charming beast, you establish a telepathic link. A beast with an Intelligence of four or higher is immune to the spell. When you and the beast are within sight of each other, the link is active until the spell ends. You can telepathically communicate simple emotions and ideas to the beast via the link, and the beast can telepathically communicate back to you using that link. When the link is active, any creature and/or beast within 5 feet of you that you can see has an advantage when attacking.

As long as the caster kept concentrating and the beast remained within line of sight, the spell created a link that lasted up to 10 minutes, in conjunction with touching a non-hostile animal that was already friendly or made docile by other means. Animals with telepathic abilities can understand and respond to basic telepathic commands and emotions. Affected creatures are also more capable of defending the caster. Animals that are particularly intelligent do not respond to this spell.
5th edition of Beast Bond

An animal and the caster formed a telepathic bond through the divination spell beast bond.

You’ve formed a telepathic link with a pet you touch that’s friendly to you or is charmed by you (in the beast bond spell). The spell will fail if the beast’s intelligence is 4 or close to 4. The link remains active as long as you and the beast are in line of sight of one another.

Through this link, you can communicate your simple emotions and concepts to the beast telepathically. As long as the link is active, however, then the beast will gain an advantage on attack rolls against any creature within 5 feet of you that you can see.

A rust-colored handprint is stamped by this paste onto a friend or animal companion, while a hoof, claw or paw print is stamped on the master. Brands like these are about friendship and balance, not ownership and subjugation.
Master and companion must each take a full-round action when applying the brand. As part of this brand, druids, wizards, and other classes that have animal companions or familiars are able to share spells, allowing them to cast spells in close proximity or at a great distance as long as they feature a line of effect to the companion.

I would argue in favor of the Beast Master even just in RAW form. The fifth edition D&D ranger is adept at exploration and excels at it. There are several ways to use both archetypes in combat. Beast Masters do not gain extra damage from free attacks, but will instead gain a loyal protector to use in attacks. They are explicitly aggressive.